Last three episodes of Wandavision will be of 38min

Finally, it has been confirmed that the upcoming Disney+ Marvel Wandavision will be of 38 minutes long
By Kanchan gahatraj @imgkanchan 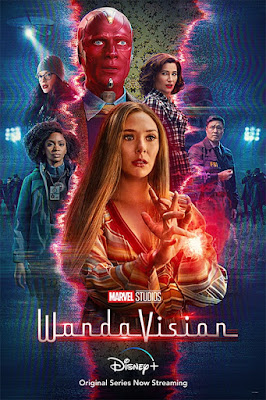 Kevin Feige reveals that
the ongoing Disney+ Marvel Wandavision last three episodes are going to be 38 minutes long.
The six episodes of the Wandavision have been already aired every Friday on the Disney+ streaming service platform.
Wandavision is directed by Matt shakman Featuring Elizabeth Olsen as Wanda and Paul Bettany as vision, Kat Denning as Darcy Lewis (she was also featured in Thor movie),
Teyonah Parris as Monica, Kathryn Hahn as Nosy neighbor, Randall Park as FBI Jimmy woo (Also was part in Any man movie).
The miniseries show the afterlife of Wanda after the End game which shows the real power of Wanda aka Scarlett witch by capturing the citizens of Westview people and controlling them miniseries show the marriage life of Wanda aka (Scarlett witch) and vision by the medium of sitcom show throughout miniseries.
The miniseries has been acclaimed as the best series according  Forbes.
The miniseries also introduce the twin's son of Wanda and vision aka Tonny and Billy as well as Evan Peters as Peter maximoff( brother of Wanda maximoff)