Fan Theories : Thanos Snap was NOT about the lack of resources or overpopulation | Avengers infinity war | what is Malthusianism ?

Why Thonas caused the extermination of half of all life in the universe in infinity war. Is it because to prevent massive scarcity of resources to feed too many people in the upcoming future? 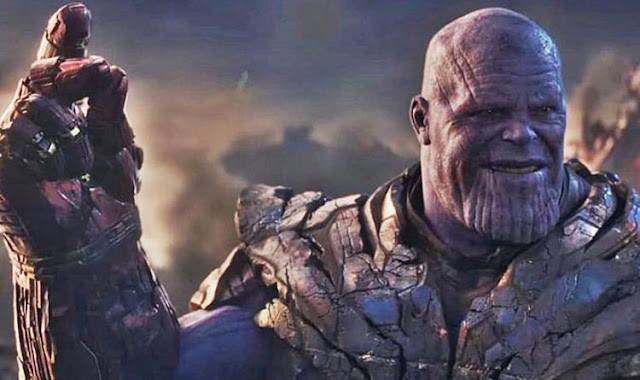 Most people think that Thanos dusts half of the population because he is trying to prevent a massive scarcity of resources to feed too many people. This idea is rooted in Malthusianism.

"Malthusianism is the idea that population growth is potentially exponential while the growth of the food supply or other resources is linear, which eventually reduces living standards to the point of triggering a population die-off. This event called a Malthusian catastrophe "

People think that Thanos Snap is an attempt to prevent this Malthusian catastrophe... Heck, Thanos is actually mentioned in the Wikipedia entry for Malthus

BUT IT IS NOT.

Thanos did The Snap because he wants to be the Leviathan - of Thomas Hobbs. The Leviathan is a book that has sold millions of copies because of this one quote: "This makes it obvious that for as long as men live without a common power to keep them all in awe, they are in the condition known as ‘war’; and it is a war of every man against every man."A war of every man against every man. An Infinity War if you will. The Common Power, the Leviathan, is a being with power so great that men are in awe, and Hobbes presents that this shock and fear is what will ultimately preserve peace.

This is why Snap is not about the lack of resources. Doubling the resources will not extinguish the war of every man against every man. The Snap is a demonstration of absolute will and power that will be remembered and feared for generations to come. When Thanos explains this to Dr. Strange he is not speaking as an ecologist or as an economist. He speaks of himself as a merciful God-King. He is preaching.

In Endgame, when Thanos meets Cap, Thor, and Iron Man, he looks authentically defeated. He now knows that it is not enough to be feared or admired as a God-King, because resentment towards the Leviathan will prevent true peace. His approach to Thomas Hobbes was wrong; he now knows that he needs to erase this universe, to become the Inevitable God-King of a different universe. Thanos is not an economist or an ecologist. He is a Leviathan, a political-religious figure who is trying to preserve peace thru awe.

Quote from Thomas Hobbes: "This is the Generation of that great Leviathan, or rather (to speak more reverently) of that Mortal God, to which we owe under the Immortal God, our peace and defense. For by this Authority, given him by every particular man in the Common-Wealth, he hath the use of so much Power and Strength conferred on him, that by terror thereof, he is unable to form the wills of them all, to peace at home, and mutual aid against their enemies abroad."The Mortal God will someday die. No point in keeping the stones around. However, the existential dread was very much present even after 5 years of Thanos being dead.

Ironically, the two of the characters who had the worst existential crisis before the snap were happy in their own way after the snap. Tony got a family and Hulk found inner peace.

The most Malthusian quote of de Mad Titan:

"Little one, it's simple calculus. This universe is finite, its resources, finite. If life is left unchecked, life will cease to exist. It needs correcting. I'm the only one who knows that. At least, I'm the only one with the will to act on it."But he is saying this: Nothing short of infinite resources will prevent a Malthusian catastrophe. What we need is to correct our way of life. Life needs to feel defeated if it can survive. Gamora's planet felt defeated and that is why they were happy (in his eyes). But the avengers could not live with their defeat and that is why they went back to him.

"I know what it's like to lose. To feel so desperately that you're right, yet to fail nonetheless. It's frightening, turns the legs to jelly. I ask you to what end? Dread it. Run from it. Destiny arrives all the same. And now it's here. Or should I say, I am?"

What you guys this about this Malthusianism Theory?

Is Thanos was doing something beneficial for mankind?

I think he's a Mad psycho Titan in grieving for his reality, the world he neglects to save. He despises titan for its disappointment and reluctance to complete his arrangement to save themselves. His plan was only the distraught craving of somebody who lost his entire world, as he's completing his arrangement on an all-inclusive scale. Perhaps he really figures it will help, and he may have been correct, it may have saved his reality